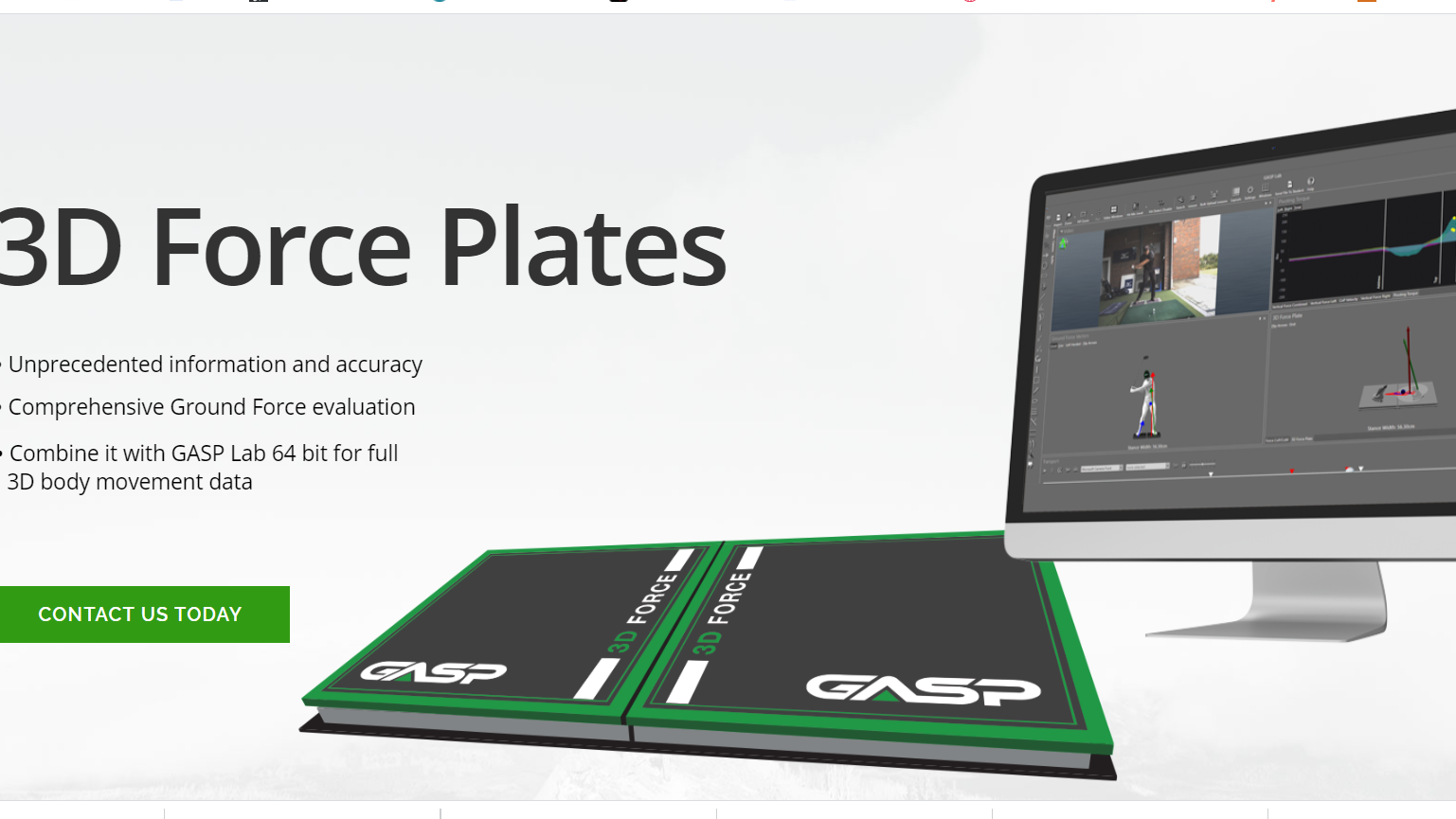 Using our Dual Plate system we measure the COP and COP trace of a player and the position of the Free Moment.

We measure Frontal, Sagittal, Transverse Plane. Using the COM is the only way to measure a moment are along with

Using the Horizontal A/P forces and the location of the COM you can calculate Horizontal Plane Torque. This force in this plane helps generate pelvis and Torso rotation.

This torque is very similar to Horizontal Plane Torque, but this time this is measured using the COP to create the moment arm.

The A/P forces, Vertical force and the COM are used to create Sagittal Plane Torque. This force is one force we should try and reduce as it helps maintain posture during the swing.

Free Moment (TZ) - This is the foot contact force. One of the smallest Torques in a golf swing but still carries importance.

The Plates also Measure the stance width of the player.